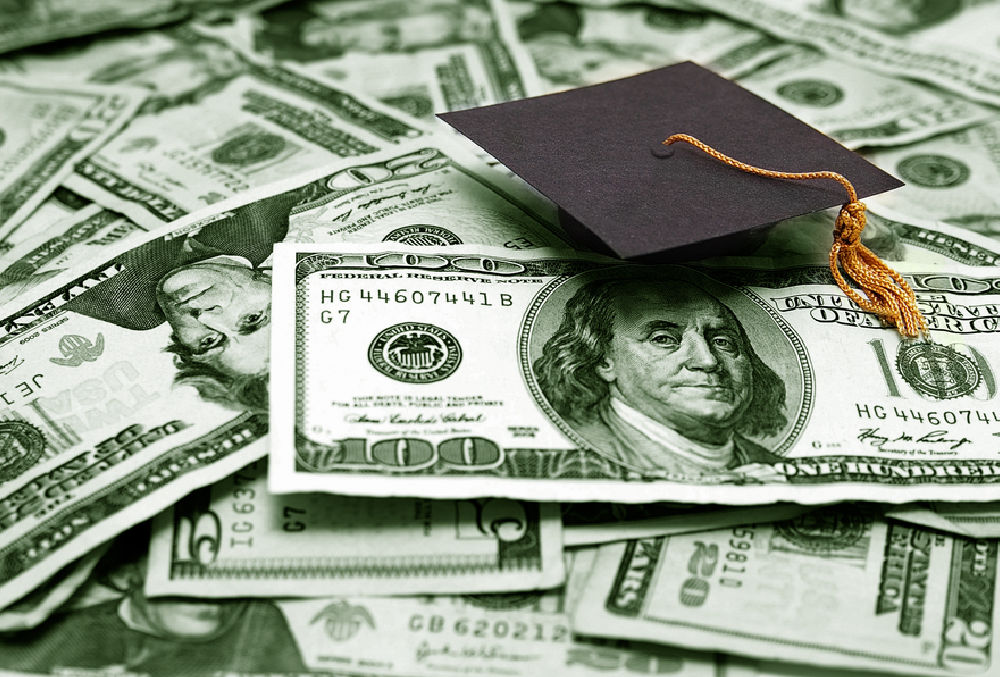 Student loan debt is one of the heaviest burdens on today’s society. Those in their 30’s and 40’s who would typically have bought homes and new cars and even started families at this point are years behind previous generations in those areas. Instead, they are buried under crippling debt, unable even to fathom the possibility of major life milestones such as buying a new home.

The average student loan borrower is close to $40,000 in debt, with the country as a whole having an accumulated student loan debt of $1.73 trillion. While to some, that might seem like a reasonable amount to owe back, the issue comes when we look at the cost of living, and the wages graduates are paid in comparison.

Years ago, the cost of attending university was only around 16% of the average household income, making it a manageable amount of debt to pay off. Today, however, student loans are nearly 35% of the median household income. And unfortunately, graduates are often not paid enough to afford both their loan payments and the ever-increasing cost of living, resulting in today’s overwhelming student loan debt crisis.

Luckily, there is a potential light on the horizon for those suffering under the heavy burden of student debt. This year, a new bipartisan bill was introduced that would allow borrowers to discharge student loans through bankruptcy.

What is the New Bipartisan Bankruptcy Reform Bill?

The new bill, called the “FRESH START Through Bankruptcy Act of 2021”, was introduced in August by the chair of the Senate Judiciary Committee and Senator John Cornyn (R-TX). The main point of the bill states that those struggling with federal student loans would now be able to have the loans discharged through bankruptcy. However, the discharge is not immediate. According to the Bill proposed in the Senate, the loans will only become eligible ten years after the first loan payment was or is due. There is still a long way to go before this Bill is passed into law, but we are hopeful that it will happen.

If the Bill passes, even with the ten-year waiting period, this is a major plus for those with federal student loans. Unfortunately, the bill only applies to federal loans, and private student loans are still a significant issue for millions of Americans. Private student loans will retain the same undue hardship option for discharge that is already available.

Previously, student loans were only eligible for discharge if you could prove that paying back the loan was causing undue hardship. Of course, “undue hardship” is somewhat abstract as hardship for one individual can be different than the hardships for another. Nevertheless, that was the previous requirement for having your loans discharged. And as you can imagine, proving to a judge that you are experiencing such hardship is quite the challenge.

With this new reform bill, proving undue hardship is not required to have your federal loans discharged. Those with private student loans, however, will still have to prove that it is hopeless that they will ever repay if they wish to have the loan discharged. Often, in these cases, it is highly beneficial to work with a bankruptcy attorney. They have extensive experience working with individuals suffering from student loan debt and can guide you through the process of convincing the court of your hardship.

As far as we know, under the new reform bill, anyone with federal student loans is eligible to have them discharged after the ten-year period from when the first payment was/is due. However, President Biden has enacted some form of student loan cancellation since taking office to begin the process of relieving the burden of the $1.73 trillion student loan debt.

There are two constituencies for being eligible for the current federal student loan cancellation that Biden is enacting:

How Sawin & Shea LLC Can Help

At Sawin & Shea LLC, we understand the debilitating burden of trying to manage student loan debt, as well as how scary it can be to consider filing for bankruptcy. Our team has years of experience helping those suffering from unmanageable debt. We believe in providing compassionate and understanding representation to all of our clients. Our attorneys specialize in bankruptcy cases and are here to help you through the process every step of the way.

Schedule a FREE consultation with an attorney to review your personal situation.

Attorney Advertising. This website is designed for general information only. The information presented at this site should not be construed to be formal legal advice nor the formation of a lawyer/client relationship.

No upfront attorney fees in qualifying cases. Pay only court filing fee, credit reporting fee, and pre-bankruptcy credit counseling session fee to get a case on file to stop garnishments, repossessions, and certain court actions. Restrictions may apply. Please call to discuss your situation and learn how we can help.